Opinion: Time to rescue the pre-teen years from the policy wilderness 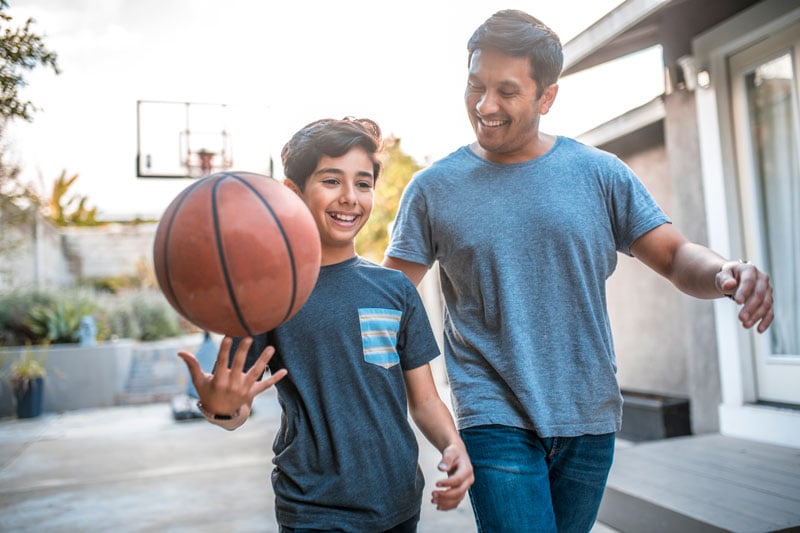 This article was first published in The Mandarin

Marketers are usually on the vanguard of social issues, leaving the rest of us scrambling to catch up. And the world of “tweens” or “pre-teens” is no exception.

This fascinating group has been occupying the minds of creative sales types for decades as they strive for new ways to build demand for products and drive “pester power”.

But when it comes to policy — and even science — our attention has been elsewhere.

And that’s a missed opportunity.

This is because we can have an impact both on a prime developmental phase for children and forge family bonds that build resilience ahead of the teenage years.

A phase of rapid change

Once considered a ‘quiet’ period of development, we now understand the pre-teen years to be a rapid phase of physical, neurodevelopmental, and social change.1 We now know, for example, that early hormonal changes related to puberty (at around 8 years of age) can lead to behavioural, social, and emotional changes that are evident at home and in the classroom.

It’s also a time when children hone the incredible set of skills they have learned in earlier childhood, such as reading, creative pursuits, and sports, while taking their first tentative steps towards independence.

The successful navigation of these changes by parents and children — with active support from the broader community — matters for later wellbeing.

But we still know much less about how to respond effectively to pre-teens and the developmental challenges they face, due to an intense policy and practice focus on the early years in recent times.

The early years are inarguably important. But we tend to think about prevention and early intervention in terms of the life of a person, not the life of a problem. If we instead take the latter view, then pre-teen years become a key developmental period for attention.

Compared with the focus on the early years, this is not an ‘either/or’ situation. Instead, we should attend to the full spectrum of the childhood years from a policy perspective.

A largely exclusive focus on the early years risks a perception that the later years are determined by how well the task of early years parenting and parenting support is ‘done’. But there are always opportunities across childhood to respond to developmental needs.

Data from the Longitudinal Study of Australian Children show that at age 10–11 years, 92% of children say they would seek help from a parent.2 This drops to 70% of boys and 63% of girls at age 14–15 years.

The pre-teen years are, therefore, a key time for parents to take advantage of a growing maturity and impart key wellbeing messages for adolescence. We have a window of opportunity within which to act, because while pre-teens are rapidly changing, they are still largely a captive audience.

Evidence also shows that wellbeing in the pre-teen years matters for learning and school engagement. The primary to secondary school transition is a significant adjustment for all children, and around one in eight Year 7 students find this transition difficult in terms of academic studies, peer, and teacher relationships.1

The Parenting Today in Victoria survey further shows that parents report less confidence in managing the primary-to-secondary school transition than they do the transition from home/child care into primary school.

The increasing focus on independence in secondary school can be confronting to parents who have been strongly embedded in primary school communities. It can also be a particularly challenging time for mothers, with research showing that maternal distress peaks and maternal wellbeing is at its lowest point when children are pre/early teens (11-13 years).3

So, it stands to reason that this transition is ripe for policy intervention around promoting strong support for parenting and families.

But there are currently few evidence-based and system-wide approaches to school transition to effectively support pre-teens and their families during this time.

This is a time when children, particularly those who are already vulnerable, need strong support socially, emotionally, and academically. Wellbeing matters for learning and school engagement. The good news is that Year 6 teachers are skilled at predicting who is likely to encounter problems in secondary school.1 This suggests we could put a greater emphasis on teacher judgement to insistently identify and work with at-risk students in a more co-ordinated, evidence-based way.

Support in schools may also help with navigating the changing social environment for pre-teens. Friendships are important but friendship instability is common in early adolescence.4 Bullying is highly prevalent — around one in six children aged 8–14 report at least one form of bullying weekly.5

This includes cyberbullying, and we know that the use of devices in childhood is a difficult space for parents to navigate. In the Parenting Today in Victoria study, just over half of parents with 10–12-year-olds felt their children spent too much time on electronic devices compared to just over a third for 6–9-year-olds — and parents were moderately less likely to monitor or limit use. With one in six primary-school-aged children having at least one social media account, and one in eight using social media daily, there is an important and ongoing conversation to be had around the role adults play in monitoring social media use.

We know that across all demographics and circumstances, all children thrive when their parents are effectively supported. Expanding our policy focus to the critical pre-teen period for both children and their parents is therefore a key strategy for growing the healthy adults of the future.