Opinion: With mental health, what’s good for parents is good for children 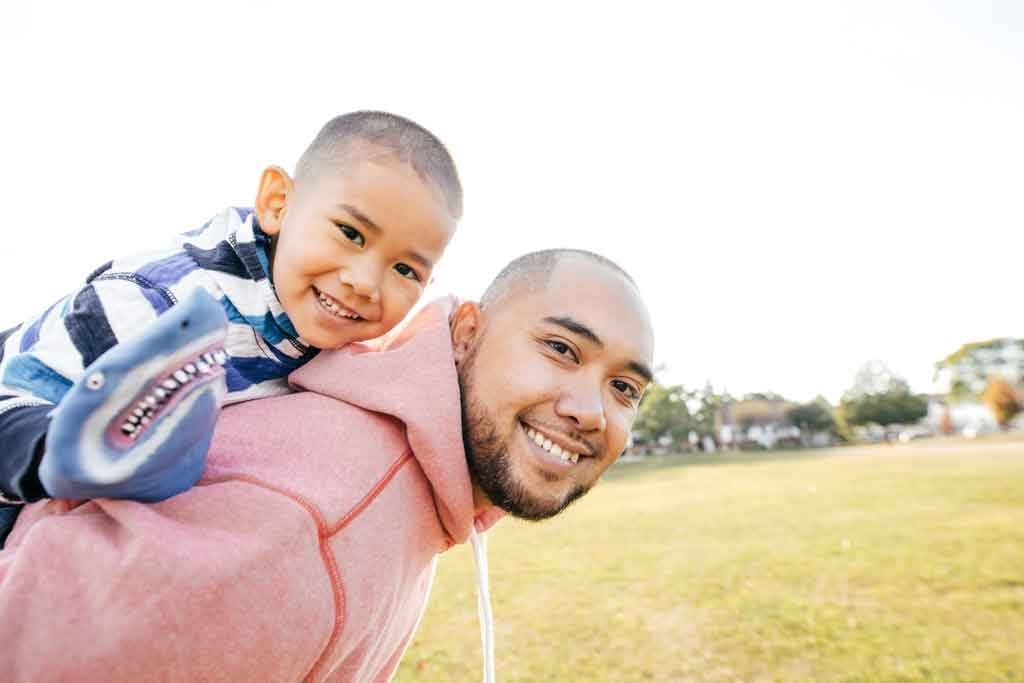 This article was first published in The Mandarin.

In Tuesday’s federal budget and over the past two years, we have seen major government commitments to the issue of child and youth mental health.

The 2019 budget committed $461 million for a youth mental health and suicide-prevention strategy, including expanding the Headspace network and funds for Indigenous suicide prevention. It also included funding for the parenting website raisingchildren.net.au to strengthen the mental health literacy of Australian parents.

This follows previous big-ticket investments in Emerging Minds – the National Workforce Centre for Child Mental Health and the BeYou initiative on mental health in education.

And what of parent mental health?

All of these developments – both for child and parent mental health – are welcome. And they present us with an important opportunity. That is, to have a national conversation around the fact that when it comes to mental health, what’s good for parents is good for children.

National and international evidence shows that parent mental health has a strong and enduring impact on children because it impacts on how people parent. Mental health difficulties can compromise a parent’s ability to provide basic care for children as well as the enriched and nurturing interactions that children need for healthy development.

Parent mental health has been shown to have an impact on children’s own mental health and there is also evidence it has an impact on their academic and social functioning. Addressing this for parents is foundational in terms of benefiting children longer-term.

It’s also a common concern impacting many families. Our own research of 2600 Victorian parents shows two in every five had experienced symptoms of depression, anxiety or substance addiction since having children. This Parenting Today in Victoria Study, which included a large sample of fathers, found that mental health issues among parents were common, with more than a quarter reporting current psychological distress in the moderate-to-serious range.

There are policy imperatives here we can’t ignore. We need to do more work to better understand the mental health challenges for parents, and how we can reduce their impact on children.

And there are other things we can do. Supporting families through these challenges can reduce children’s exposure to the negative effects of parent mental health difficulties. While parents with mental illness will face more challenges in their parenting, it doesn’t mean they can’t deliver for their children.

What the research says

This was the focus of a number of research papers just published in a special child and parent mental health issue of the journal Advances in Mental Health.

Researchers from Sydney’s Royal North Shore Hospital and the University of Wollongong, for example, have shown that parents with a range of mental health concerns – including serious and diagnosed mental illness – can be supported in their parenting. This includes helping them with skills around warm and positive interactions with children and reducing over-protective behaviour.

Researchers from Charles Sturt University also highlighted there is still a level of stigma surrounding parent mental illness. This is understandable, given the journey we still have ahead in normalising any kind of help-seeking for parents. Parent help-seeking is an area that is rich with potential when it comes to policy-making.

Routinely seeing people as ‘parents’ – as well as individuals – when they move through systems such as health and human services opens up a plethora of possibilities for us to do better for children. This is particularly pertinent in light of the budget announcement to spend $115 million on adult community mental health centres and $11.5 million on mentally healthy workplaces.

Another area ripe for intervention that is intertwined with parent mental health is sleep.

Fatigue and being chronically sleep deprived also impacts on the ability of women to return to work, cognitive functioning and decision-making, driver safety and physical health issues such as obesity and physical activity.

Our own research suggests that nearly half of Australian parents with babies and nearly a third of parents of toddlers and pre-school aged children report problems with their children’s sleep.

Reliable and accessible support on issues such as sleep health are critically important for families. And we know they are looking for this information. In the past year, there were more than 17 million visits to raisingchildren.net.au – an Australian Government funded parenting website run by the Parenting Research Centre and the Centre for Community Child Health at the Murdoch Children’s Research Institute. A large proportion of them wanted to know about sleep, which has consistently ranked in the top-five-most popular pages of the site since it was launched in 2006.

The House of Representatives Standing Committee on Health, Aged Care and Sport recently conducted an inquiry into sleep health awareness in Australia. Our submission to the inquiry recommended some key areas for potential further investment, including connecting parents with sleep experts and each other so they can increase their confidence in how to deal with sleep concerns and giving them ready-to-use tools to track individual sleep health and consult with experts on progress.

Finally, there is still much we don’t know about the effects of parenting interventions for child and parent mental health, especially for diverse populations. So, it’s important we keep asking questions and gathering evidence. But we have plenty of knowledge to make significant inroads.

We know that dealing with child mental health is a direct investment in Australia’s future. So, it follows that investing in parents is an investment in the future too.

And by keeping the conversation about parent mental health alive we will be doing every child a favour.