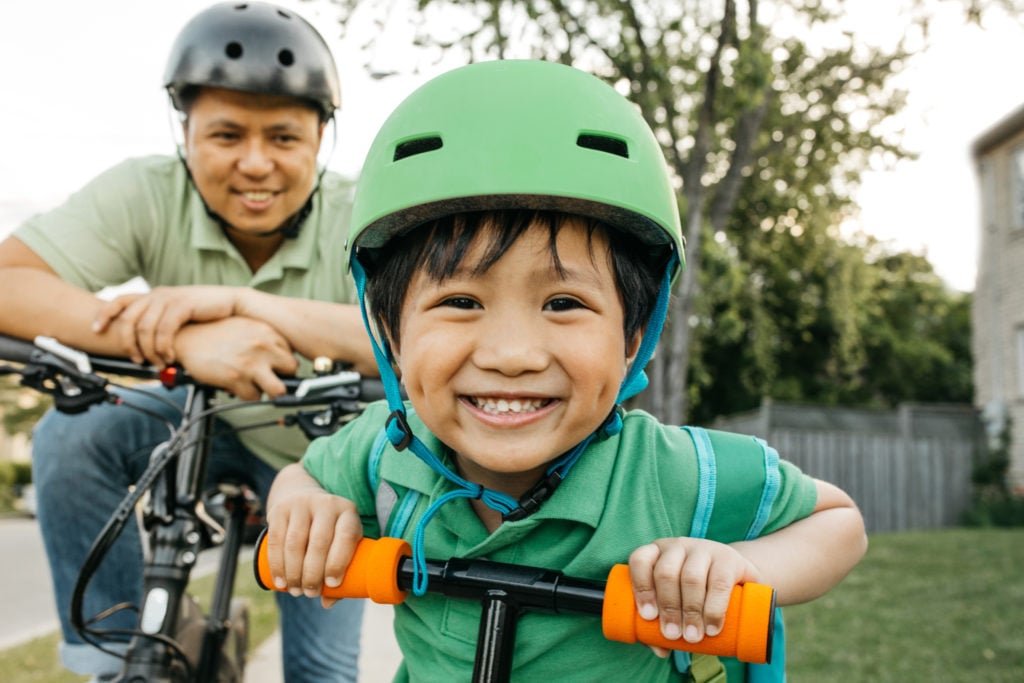 Twenty five years ago, working with families on parenting was a very different proposition to what it is today.

Back then, this kind of work was a grassroots activity. Practitioners working with families in a variety of settings designed and delivered programs and services. The idea of evidence based practice was just emerging.

But as the concept of evidence based practice took hold, the landscape began to shift. And in Victoria, the State Government developed a state-wide strategy that recognised the importance of parenting support in improving outcomes for children.

In 1995 it funded us as the Victorian Parenting Centre to support the important work practitioners in the field were already doing. We planned to complement their practice by building and sharing evidence of what works in parenting support.

As we have grown and changed our name to the Parenting Research Centre (2006), we’ve significantly refined our work. We have also attracted funding from a variety of government and non-government sources both in Australia and internationally.

We are now a national organisation. Our presence in NSW has grown and we have important projects in every state and territory. From a staff of one Director with one support person, we now have a talented staff of 65 plus and a strong leadership team.

A reminder of our vision

These days, we have modern offices and the latest technology to get our business done. But in our first premises – a former early childcare centre in Melbourne’s Carlton – things were a little more rudimentary.

Along with the premises came all of the usual trappings of a childcare centre – including children’s bathrooms and a host of tiny chairs – which we used for more than a few meetings. It may have been an unconventional start. But it was a great daily reminder of our purpose: to help build a society of healthy happy children.

Our early work focused on coordinating and supporting evidence-based parenting programs in the community. We also began a research and development program, focusing on parents of children with a disability (in partnership with RMIT University).  Also, we delivered the Positive Parenting Program (PPP) in the regions of North Western Melbourne and Barwon, South Western Victoria.

This work culminated in some major projects that defined the way we moved forward as an organisation. Healthy Start was a national network of professionals to support parents with intellectual disabilities. This took us into the field of knowledge translation and showcased our work on the international stage.  Signposts for Building Better Behaviour was another evidence-based program we developed to help parents manage difficult behaviour of children with a disability. We’re still sharing what we’ve learned from this process with professionals today.

In 2006 we developed two flagship programs. We secured Australian Government funding for the Raising Children Network – a complete online resource on everyday parenting issues from pregnancy through to teens. This major venture, with Murdoch Children’s Research Institute, addressed an unmet need for Australian parents and carers. Through raisingchildren.net.au we were able to offer them trusted, reliable, free online information at times that worked for them.

MyTime, a major national initiative of peer-support groups for parents and carers of children with a disability, was about connecting parents to information in a different way. It was – and still is – helping overcome the isolation that often goes with parenting a child with a disability.

In 2013, the Victorian Government funded us to conduct a pioneering project: the $9 million Early Home Learning Study.

In this study, we examined how to best support parents in disadvantaged families to provide a high-quality home-learning environment. The result was smalltalk, a set of practices which now adopted by Victoria and delivered through more than 800 supported playgroups across the State.

In more recent years, we’ve been sharpening our focus on social policy. We’re interested in the way services are designed and the impact this has on the parenting support families receive.

This has seen us undertake large projects in NSW, working with the Department of Family and Community Services as it continues its major reform of the state’s family support system. Our work in this area ranges from developing a framework to assess programs that target families at risk before they enter the child protection system, to helping pilot a major program to reduce child abuse and neglect.

We are of course, still working at the policy level in Victoria. We have numerous projects with the Department of Education and Training. And our reach now extends nationally and internationally as we work with governments across Australia and in Singapore and other organisations internationally in Israel, Sweden and Norway.

We think the future is bright, as the idea of putting evidence to best use really gains momentum. Things have come a long way in our organisational lifetime. But what hasn’t changed is our strong and unwavering belief that when it comes to making a difference for children, parents are part of the solution, not part of the problem.

To this end, we will continue to do our utmost to support families in their parenting. We hope you’ll join us on this journey.